Only one thing is true about forecasts - they are always wrong. Any forecast $\widehat{Y_t}$ of the actual value $Y_t$ is associated with the forecast error $e_t=Y_t−\widehat{Y_t}$. The art and science of forecasting is all about bringing these forecast errors down to zero, as close as possible, for all future values of $t$. Doing this first for some of the past values of $t$ is often a useful exercise for developing a better forecasting model. It is this distinction between future and past values of $t$ that underlines the distinction between two types of forecast: ex post forecasts and ex ante forecasts.

In general, ex ante is often used to mean ‘before-the-fact’ and ex post as ‘after-the-fact’. In the forecasting literature, an ex ante forecast is said to be any forecast that uses information available only at the time of the forecast. When a forecast prepared at certain time uses information available after that time, it is said to be an ex post forecast. A typical example of the latter is when known (actual rather than projected) values of external variables (regressors, predictors or drivers) are used in producing forecasts for the hold-out part of a time series. While ex post forecasts may be useful for exploring the properties of the forecasting model, it is ex ante forecasts (and the associated accuracy) that are ultimately important.

In the context of univariate time series forecasting, the difference between ex ante and ex post forecasts is well explained by Chan (2010). The remainder of this paragraph, including the quote below, follows him almost verbatim.

Somewhat differently from the above, in the context of univariate time series ex post forecast is sometimes used synonymously with the ‘model fit’ (i.e. small ex post forecast errors are associated with models that fit the data well). For example, according to Gardner & McKenzie (1988), in the 1960s and 1970s, the period of early theoretical development in quantitative forecasting, it was expected that

Note that it is well known nowadays that the above statement is in general false. Ledolter (2010) also uses the term ex post when referring to the in-sample forecast performance:

If sufficient observations are available, one should divide the series into two parts, derive estimates of the parameters that are necessary to construct the forecasts from the first part, and evaluate the accuracy of the ex ante forecasts from the observations in the holdout period. This is important, since models that fit the data well (i.e., have small ex post forecast errors) sometimes perform badly in forecasting, and vice versa.

In the context of time series with external variables ex post forecasts most commonly are forecast made with knowledge of the external variables. This type of forecast can be useful in quantifying the sources of forecast uncertainty, when answering questions like what part of a forecast error is due to a poor forecast of temperature and what part of it should be attributed to the forecasting model itself being imperfect. Quantifying the effect of errors due to the need to use estimated future values of external variables rather than their actual or observed values can often help improve the forecasting model. For example, Hyndman & Fan (2010) write:

It is in this latter context that the distinction between the ex post and ex ante forecast is most useful. The reader of forecasting literature, however, should be aware that some well established names in the forecasting literature may use the terms simply to distinguish between the in-sample forecasts (done as part of the model fitting process) and the out-of-sample forecasts (done as part of the forecast evaluation process). 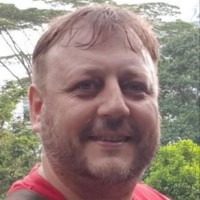